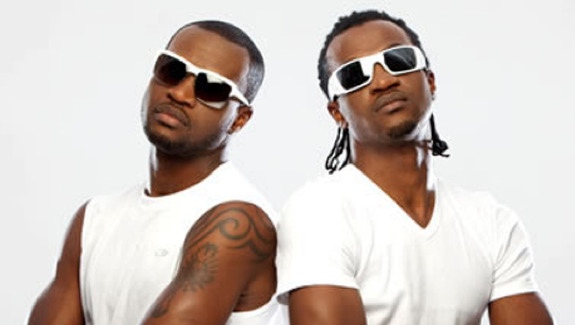 Popular singers and brothers of the defunct group, Peter and Paul of Psquare have reportedly quashed their age-long beef and started following each other on Instagram.

Although the brothers have not given a clear reason for their ‘beef’ which led to the disbandment of their group to the disappointment of their fans, some hours ago, Paul’s wife, Anita Okoye took to her Instagram page to share a video that showed Peter enjoying quality time with his twin brother’s children in the United States as they went shopping.

Moments after that, the brothers started following each other on the social media app.

The twins, Peter and Paul Okoye, were born on November 18, 1981, in Anambra State, Nigeria and were a force to reckon with across Africa during their time as a singing group.

If we women could impregnate ourselves, we won’t need these men for anything” – Newly wed Maraji says

Burna Boy gifts $3,000 to man who kissed his feet for blessings