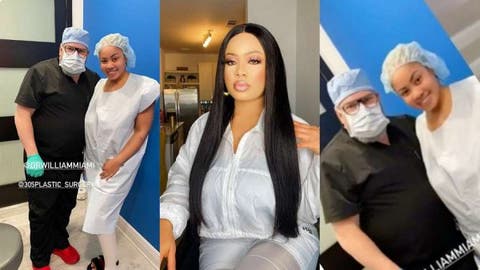 The mother of one shared a photo of herself posing with her doctor as well as a video of herself in the hospital with Koko.

In another video reality TV star Khloe who has also gone under the knife praised Nina’s new body.

It is reported that the reality TV star had her butt enlarged.

Nina joins the growing list of female celebrities who have gone under the knife.

Other celebrities who have had plastic surgeries include Toke Makinwa and Tonto Dikeh.

BBNaija: Tega’s husband speaks up, reveals he cheated on her in matrimonial home

BBNaija: Boma opens up on what he doesn’t want in life